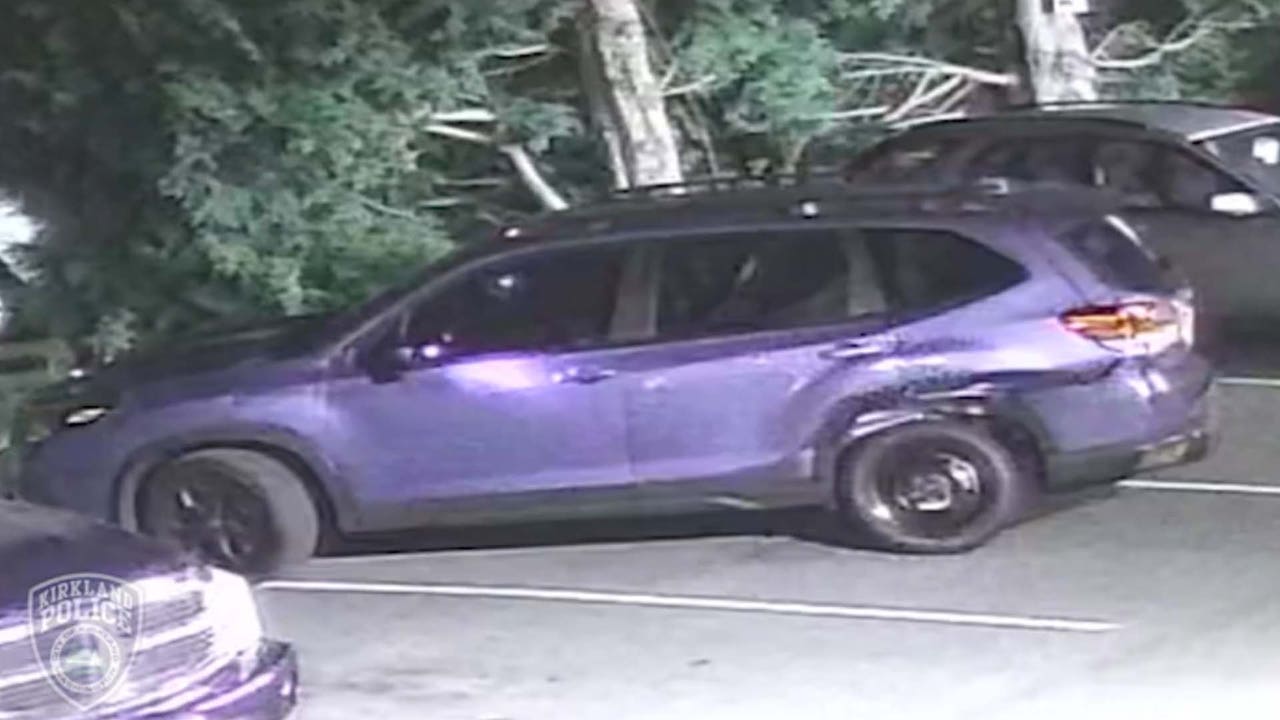 Kirkland, Wash. – Kirkland Police have arrested a man suspected of stealing a car from an auto repair shop.

Authorities say the break-in happened at Doug’s Auto Tune & Repair just after 5 a.m. on Monday, August 29. The entire incident was captured on surveillance video, which shows two suspects pulling up to the store in a blue station wagon.

The prime suspect was captured on video breaking the front glass door to enter the building. He then appears to get into a red Ford Fusion parked in the auto repair bay and then out of it, ramming into other cars until he drives it out.

According to police, as officers responded to the scene, Bellevue police found the stolen Ford Fusion and arrested the suspect driving it.

Kirkland Police are still searching for the suspect vehicle, described as a blue four-door station wagon – possibly a new Subaru – with a spare tire and damage to the driver’s side rear wheel arch.

Get news alerts in the FREE FOX 13 Seattle app. To download for Apple iOS or Android. And sign up for BREAKING NEWS emails delivered straight to your inbox.

“This case may help us solve other reported and even unreported burglaries at nearby businesses,” said Kirkland Police Deputy Chief Todd Aksdal. “Store owners don’t always report crimes, but we hope this arrest inspires other businesses to call 9-1-1 when illegal activity occurs or is discovered.”

Anyone with information about the other suspect is asked to call the police inquiry line at (425) 587-3515.