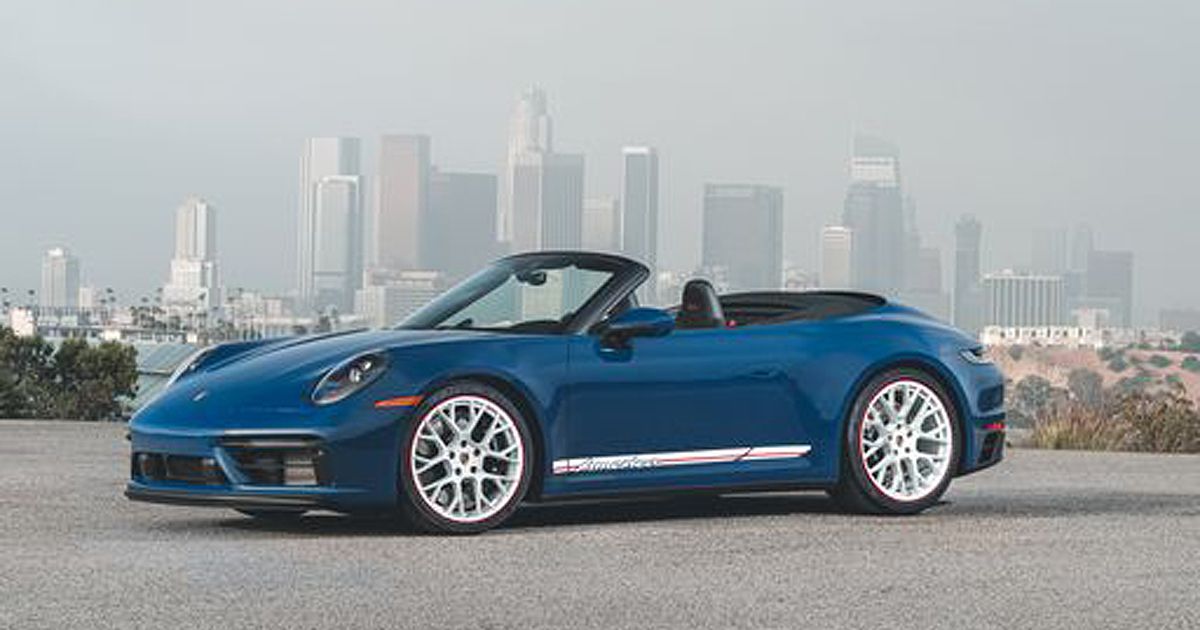 The special edition gets a red-white-blue styling treatment from Porsche Exclusive Manufaktur, the automaker’s automotive customization unit. Its Azure Blue 356 exterior color is inspired by the 1953 356 America Roadster.

The multi-coloured RS Spyder Design wheels are finished with the inner portion of the spokes in white and the outermost flat surfaces in silver and a red Guards stripe along the edge of the rim.

The model designation on the rear features “911 Carrera” in a shade of white, which Porsche calls Pebble Grey. And the “GTS” is in Guards Red.

The windshield frame is finished in satin black.

“We wanted to have the look of classic roadsters where the frame of the windshield seems very small, very narrow,” said Boris Apenbrink, director of Exclusive Manufaktur Vehicles, during a media roundtable last week. “We achieved this by foiling the windshield frame in black.”

Producing this effect has not been without its challenges.

QOTD: What is your wildest automotive fantasy?