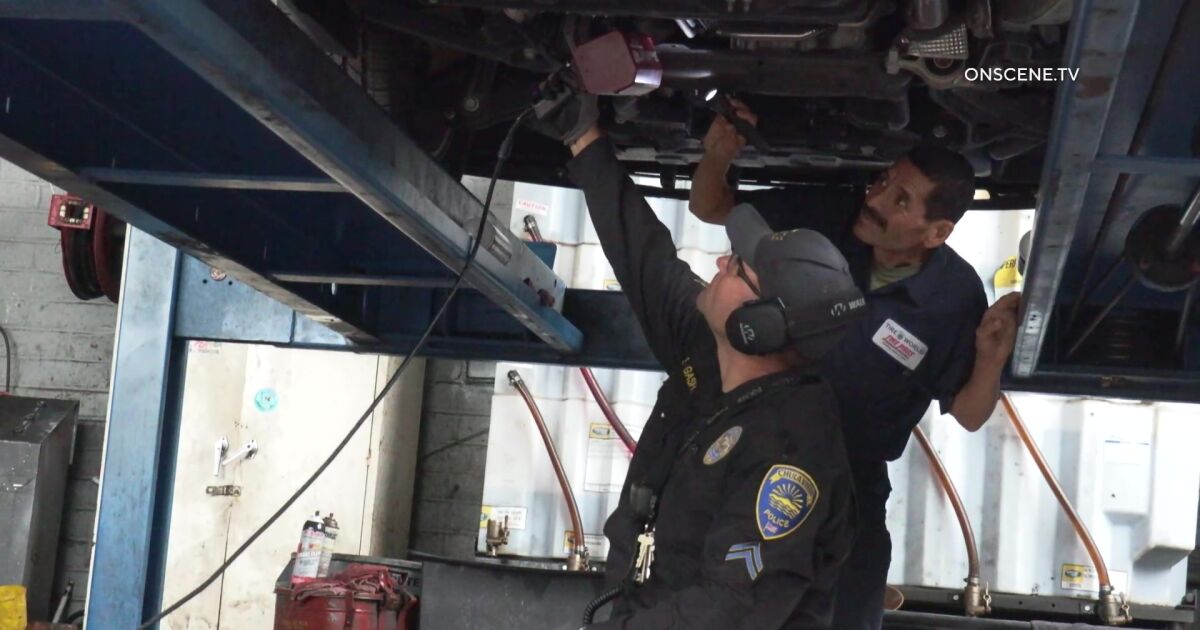 Dozens of people took advantage of an event dubbed “Engrave and Save”, where they had their vehicle identification number (or VIN) engraved on the car part, something often targeted by thieves. The police department worked with Cherniss Tire World to provide the service for free to 50 people – and places were quickly filled.

Engraving is like putting your name on it, Chula Vista Police Sergeant. Anthony Molina told OnScene TV. It might not prevent theft, he said, but “it gives us a chance to return those catalytic converters to someone if they get stolen.”

And, he said, the etched areas have been highlighted with paint to make the etching highly visible – a warning to the thief that the car part can be traced back to the vehicle. “They’re going to have a much harder time trying to get it through a recycling company,” Molina said.

The precious metals inside catalytic converters make them attractive to thieves. Law enforcement officials said people were stealing and selling the devices for hundreds of dollars to junkyards or recycling centers where they can be melted down to extract the metals – palladium, rhodium and platinum.

Molina said thieves can saw through the car part quickly, perhaps in two minutes. “By the time people call it, the thieves are out of the area,” he said.

Thefts are on the rise. In San Diego County, there were fewer than 400 reported thefts of catalytic converters in 2020. That jumped to more than 2,000 such thefts last year, according to police officials who tracked the crime. .

Cherniss Tire World, which has been in business for 38 years, offered its location and services to do the engraving.

“I want to give back to the community. The community has been really good to me,” store owner Randy Cherniss told OnScene TV. “It’s a win-win.”