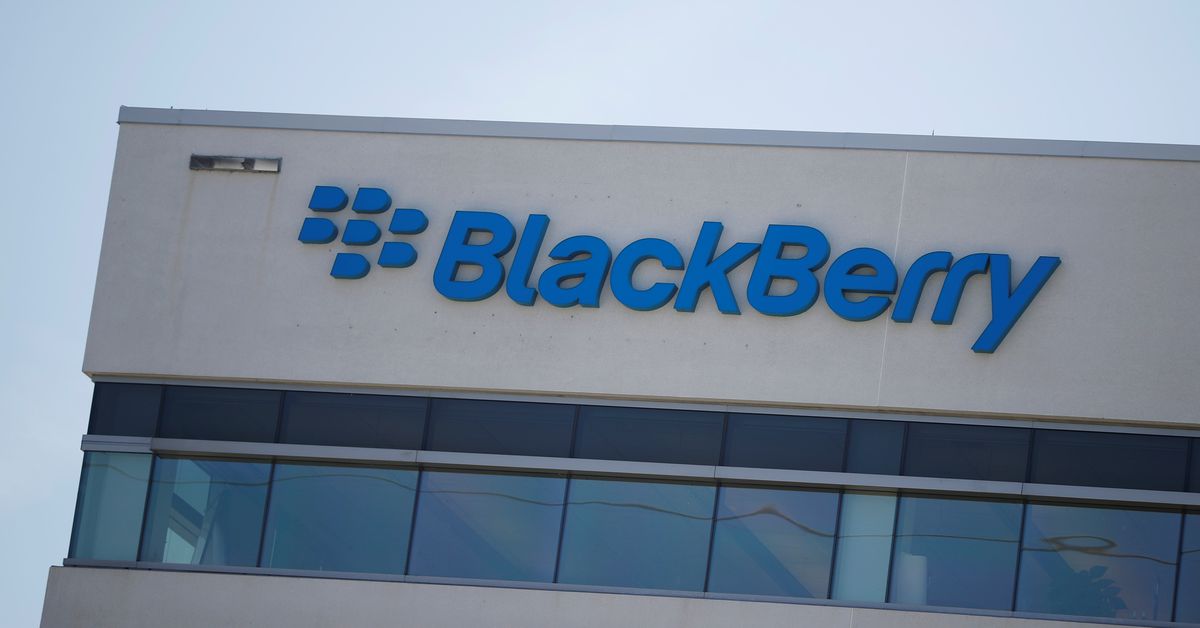 Sep 27 (Reuters) – Canada’s BlackBerry Ltd (BB.TO) on Tuesday reported lower cybersecurity revenue for the second quarter as customers curbed spending amid an uncertain macro environment, dragging down its shares down about 3% in extended trading.

The company also faced stiff competition from Microsoft Corp, Citrix Systems (CTXS.O) and International Business Machines (IBM.N) in the security software segment, with unit revenue down 7%. 5% to $111 million from a year ago.

The company said in an earnings call that cybersecurity segment revenue in the third quarter is expected to be flat year-over-year.

However, revenue from the company’s Internet of Things (IoT) unit, which includes QNX software for automotive customers, rose about 28% to $51 million as it added more customers.

BlackBerry said in June that a deal to sell its patents primarily related to mobile devices, messaging and wireless networks for $600 million to a special-purpose vehicle had been delayed. Read more

Total revenue fell 4% to $168 million for the quarter ended Aug. 31, from a consensus estimate of $166.7 million, according to IBES data from Refinitiv.

Excluding items, the company posted a loss of 5 cents per share, narrower than analysts’ expectations of a 7-cent loss.

Reporting by Akash Sriram in Bangalore; Editing by Sriraj Kalluvila and Shailesh Kuber