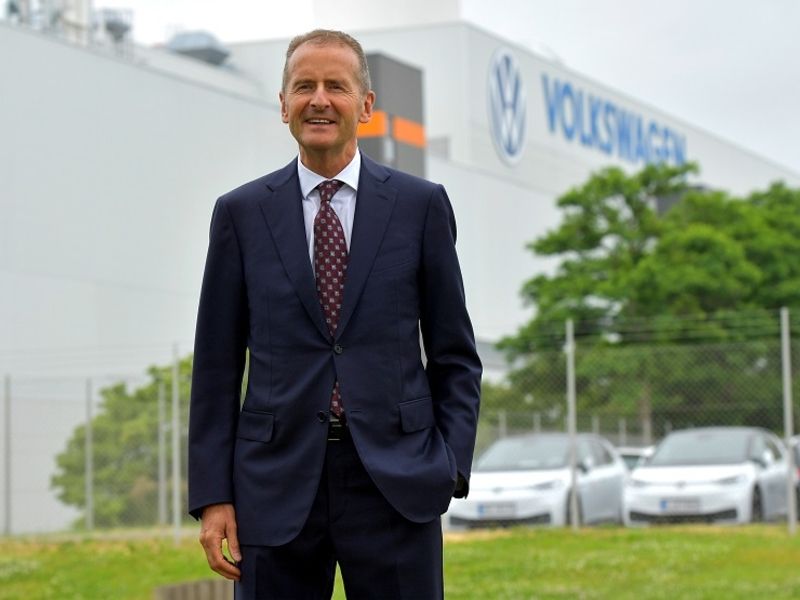 BERLIN – The Volkswagen Group board did not make a decision on the future of CEO Herbert Diess at a meeting on Tuesday, two sources familiar with the matter said on Wednesday, one calling the talks “on the edge of the razor “.

Diess and VW’s powerful union representatives have clashed in recent weeks over his management style and electrification strategy, after warning that jobs could be lost if the process is not well managed.

“This topic is so hot, it’s on a razor’s edge. I can’t say anything more,” said a source, who declined to be named due to the sensitivity of the subject.

“As expected, there is nothing new,” said a second source.

Sources told Reuters on Tuesday that the supervisory board’s eight-person executive committee would likely need more time to find a compromise that would satisfy all parties.

A deal on the committee – which includes works council chairwoman Daniela Cavallo and representatives of the controlling Porsche and Piech families – could hinge on whether or not Diess accepts a change in management style, the sources said.

Sources familiar with the negotiations said a resolution would likely come as part of a package that included announcing new board members, details on job prospects for employees and investment plans for the group.

The package could include a bigger role for Ralf Brandstaetter, CEO of Volkswagen’s namesake brand, according to German media. Brandstaetter would take over responsibility of the consumer brand group by Diess. The mainstream group includes the VW, Skoda and Seat brands.

Uncertainty over VW’s leadership and strategy has left its stock performance lagging behind its competitors for the past six months.

Its shares are down 18% since May, compared to an 11% increase at BMW and Stellantis, a 55% increase at Ford and an 83% jump at Tesla, whose success at Diess has often been referred to as a sign as to why VW needs to transform faster towards electrification.