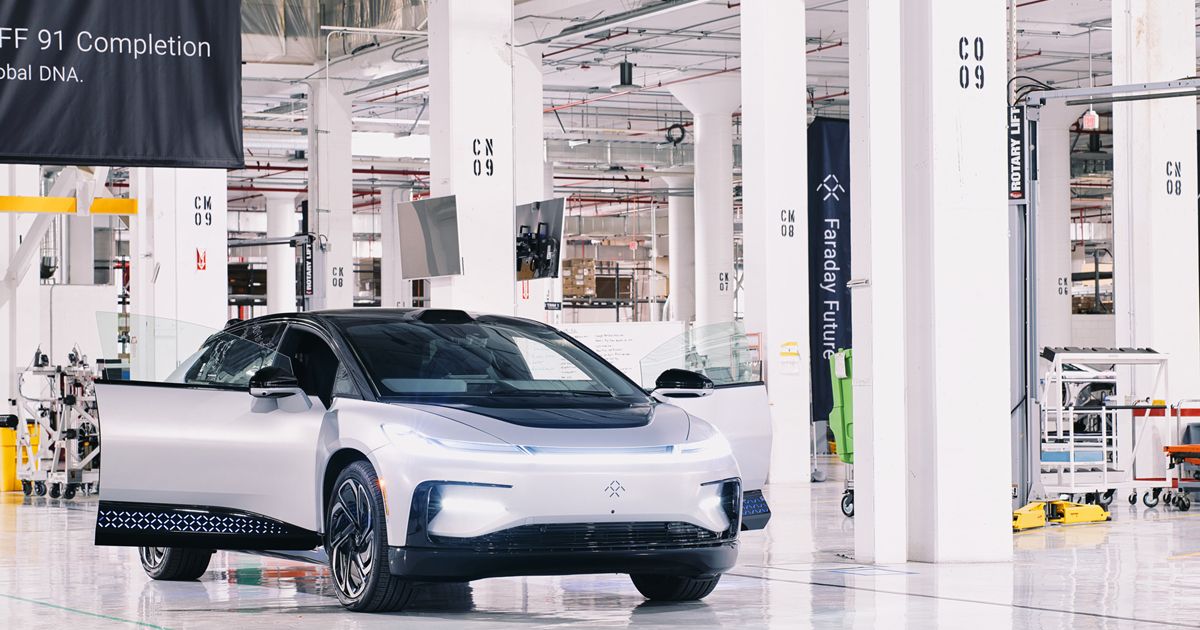 Electric vehicle start-up Faraday Future confirmed on Wednesday that its battery-powered FF 91 luxury crossover is still on schedule to begin production in the third quarter of this year, despite a management shakeup earlier this month.

The California automaker unveiled what it called the first “production-bound FF 91”, saying it will be the version that rolls off the production line at its Hanford, Calif., plant north of Los Angeles. .

The company said the new version will be tested for final technical inspection and certification, and represents the fourth of seven steps leading to commercial production.

The FF 91 took a while to arrive. It shares the same specs as the near-production version that Faraday showed off two years ago at CES 2020, which in turn was originally teased in 2017.

The car is powered by a 130 kilowatt-hour battery driving three electric motors, two at the rear and one at the front. Together, the engines deliver 1,050 horsepower and 1,328 pound-feet of torque.

A spokesperson for Faraday did not disclose pricing, but said it was an “ultra-luxury” vehicle that would be priced close to Maserati or Ferrari products, although neither brand does not offer electric vehicles. Unofficial reports estimated the car would sell for around $200,000.

Faraday emerged as one of the first candidates to take on Tesla. But due to delays in bringing the FF 91 to market, the company now has to contend with Tesla and more established automakers entering the premium, high-efficiency electric crossover segment.

The BMW iX and Porsche Taycan can be configured with MSRPs north of $100,000. The Audi e-tron and Jaguar i-Pace have a lower cost of entry but are still at the high end of the market.

The FF91 delays began in 2016 when Faraday, founded by Chinese businessman Jia Yueting, was unable to arrange financing for certain debts. Financial difficulties hampered the company, but when Carsten Breitfeld, founder of the now defunct start-up EV Byton, stepped in as CEO, Faraday seemed to turn the page. In July 2021, Faraday received approximately $1 billion in proceeds through a special purpose acquisition company Property Solutions Acquisition Corp., resulting in Faraday listing on NASDAQ.

Earlier this month, Faraday Future announced changes to its leadership structure after an internal review determined that employees had made inaccurate statements to investors.

Susan Swenson, an independent member of Faraday’s board of directors, has been appointed to the newly created position of executive chairman. CEO Breitfield and founder Jia Yueting both received a 25% reduction in their annual base salary, the company said, and both would report to the new executive chairman.