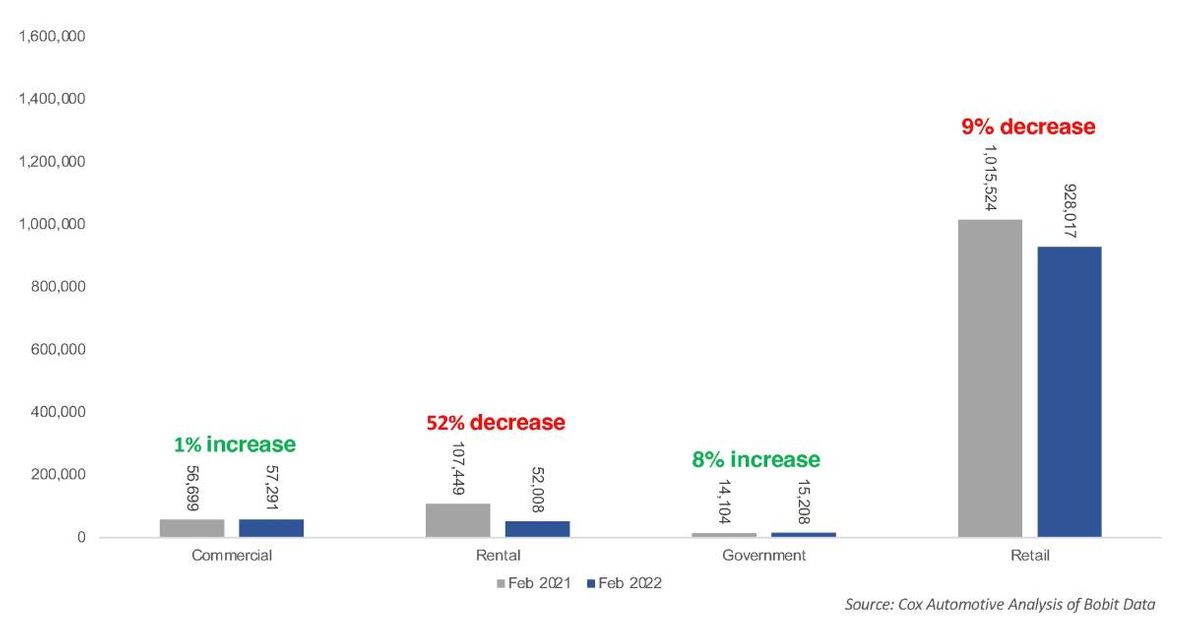 Including an estimate of fleet deliveries to the dealer and manufacturer network, Cox estimates that the pace of remaining retail sales fell just 8% year-over-year in February, which has led to an estimated retail SAAR of 12.2 million, up from 13.2 million last February and also last month’s rate of 13.2 million.

Total new light vehicle sales in February were down 12% year-over-year, with the same number of selling days compared to February 2021. In volume, new vehicle sales in February increased by 6% compared to January. SAAR for February came in at 14.1 million, down 11% from last year’s 15.9 million and down 6% from January’s pace of 15 million. Fleet’s share of total sales was 12%, down 3% from last February’s share.

Among automakers, only GM saw an increase in fleet deliveries in February, up nearly 9%. All other manufacturers are down from last year, with a range of -18% to -63% among large companies.