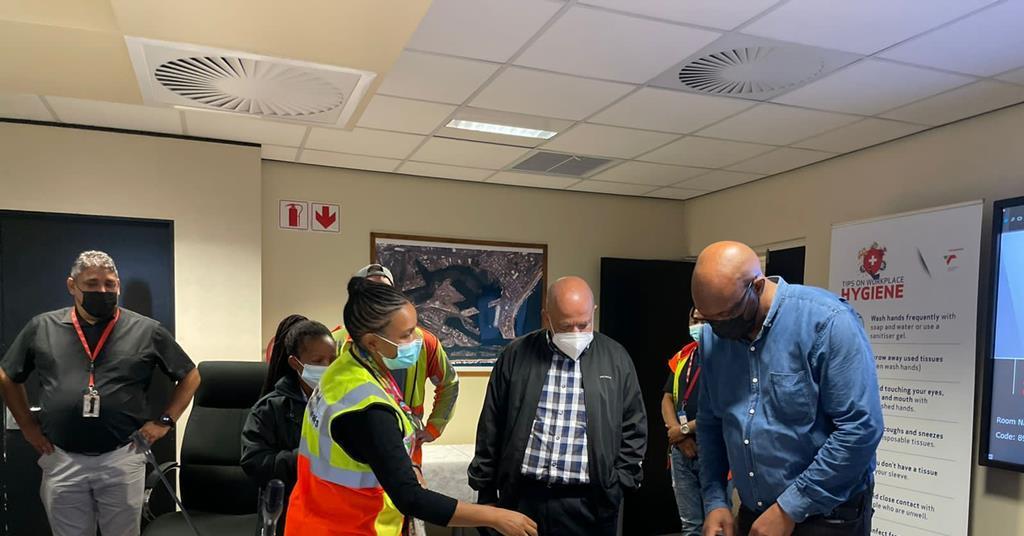 Thousands of people were displaced by heavy rains in the third week of May. Infrastructure, roads, bridges and buildings have all been damaged by the dangerous weather conditions, mainly in the port city of Durban, the capital of KZN province and home to some 3.9 million people. This follows previous torrential rains that hit the area in April.

The National Association of Automobile Manufacturers of South Africa (Naamsa) said automakers will have to operate on a stop-start production strategy until damage to factories and transport infrastructure, including the port of Durban, be repaired.

“In addition to the new impact of Covid-19, particularly in China, global semiconductor shortages and the repercussions of the geopolitical conflict with Russia’s invasion of Ukraine, the additional shock of the flood disaster on domestic trade conditions will be felt for some time,” a Naamsa spokesperson said.

Infrastructure damage
The devastating floods have caused billions in damage to KZN’s industrial areas. They left a trail of destruction in the Port of Durban and inland rail and road infrastructure. This caused severe logistical problems for the inbound movement of auto parts and the delivery of finished vehicles outbound through the port.

While normal port operations have resumed, export and import deliveries will remain strained for some time due to large backlogs caused by the disruption of the multimodal transport network. OEMs based in Gauteng Province, South Africa’s main economic region, are implementing contingency plans and interventions to increase trucking capacity and use alternative routes.

Toyota manufactures cars under a strict just-in-time delivery strategy and unprecedented disruptions such as this most recent disaster can affect production quickly. Assembly of the vehicle has been halted due to the damage, but according to Andrew Kirby, President and CEO of TSAM, the company is currently implementing a careful and systematic phased plan to restore the facility to working order. TSAM took over the production of catalytic converters, as well as the Hino assembly line.

Kirby acknowledged the “huge setback” for the company and said it would take time to reopen assembly of the Hilux, Fortuner, Hiace, Corolla Cross and Corolla Quest, but no date has been set for that.

TSAM faces the loss of around 45,000 production units and had to scrap hundreds of new cars that were flooded at its Prospecton plant. According to TSAM, damaged vehicles will be scrapped and crushed so that none are at risk of arriving on the market in poor condition. About 12% of the (4,596) units on site have not suffered any damage and can be sold.

Kirby said Toyota had extensive insurance coverage. “We are also fortunate that our parent company Toyota Motor Corporation (TMC) supports any cash flow challenges we may encounter,” he added. A portion of this cash flow will be used to rebuild and improve the facility’s flood protection.

Humanitarian crisis
The deadly flood, which killed approximately 460 people, has caused a humanitarian crisis and TSAM is working to ensure the safety and well-being of its employees as a top priority.

“As the company did during the lockdown, it is taking a series of initiatives to improve employee earnings,” said Leon Theron, senior vice president of sales and marketing at TSAM.

TSAM has also partnered with a number of organizations to help flood-affected communities.

He also communicates with customers whose vehicle deliveries have been affected by the floods.

Authorities have set up 82 reception centers and police, firefighters and rescue workers are ready to respond to emergencies. The army was also called in as reinforcements and the authorities evacuated elderly people in several villages.

The weather service said more heavy rain was expected in parts of the province.