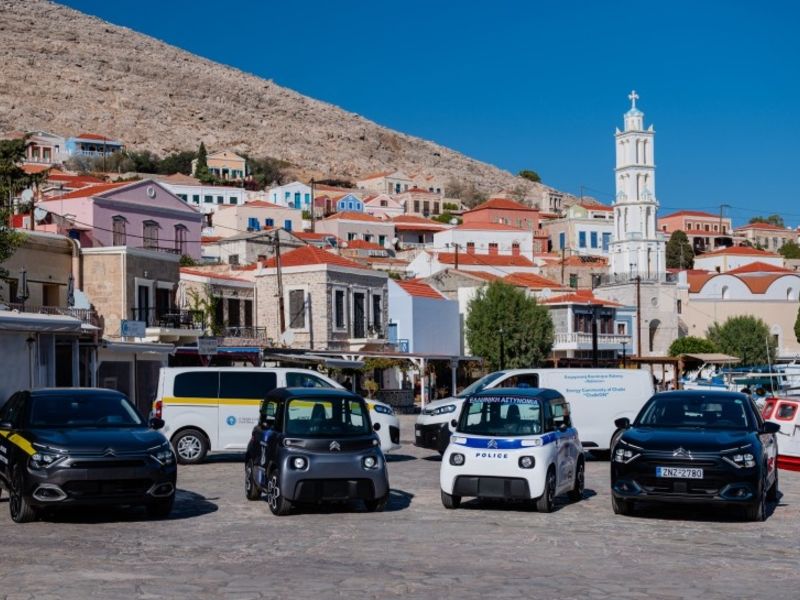 Greece wants to make all of its inhabited islands environmentally friendly as the country strives to meet a target of reducing harmful emissions by at least 55% by 2030.

A national campaign dubbed “GR-eco Islands” will start in Chalki, a small island near Rhodes in the eastern Aegean Sea. Chalki will get all of its electric power from a new 1 megawatt solar installation, the Athens-based energy ministry said. The island will also be equipped with a small fleet of electric vehicles and equipped with charging stations.

CitroÃ«n is supplying six electric vehicles to the island. They include two Ami quadricycles for the police and the coast guard, two C4 compact sedans for the municipality of Chalki and a Jumpy van.

Two of the vehicles will be rented free by the island for 48 months, after which CitroÃ«n will buy back the cars and donate them to the municipality, the automaker said in a statement.

Other automakers are working with islands on energy sustainability. In 2018, Renault launched a â€œsmart energy ecosystemâ€ in Porto Santo in the Madeira Islands.

In June, the Volkswagen Group joined the Greek government in a similar pilot project on the island of Astypalea in the southern Aegean Sea. VW’s Greek importer will supply electric vehicles to local rental companies and carsharing services.

Electric shuttles are also planned, VW said in a statement, and local police will obtain an ID4 electric patrol car. Electric scooters and bicycles will also be introduced.

VW is also contributing to the installation of a network of charging stations and the establishment of a sustainable electricity supply.

Greek Prime Minister Kyriakos Mitsotakis said at an event in Chalki on Friday that eventually all of his country’s islands would be carbon neutral.

Island residents and the local municipality are expected to see their electricity bills drop by 200,000 euros ($ 230,440) per year, while carbon dioxide emissions are expected to drop by around 1,800 tonnes.

The Mitsotakis administration this week approved the country’s first climate law, which introduces measures to help offset climate change. Athens is also targeting the production of 2 gigawatts of electricity from offshore wind by 2029 or 2030.

Greece was hit earlier this year by a series of severe forest fires and flooding, which the government attributed in part to the effects of global warming.

Bloomberg contributed to this report