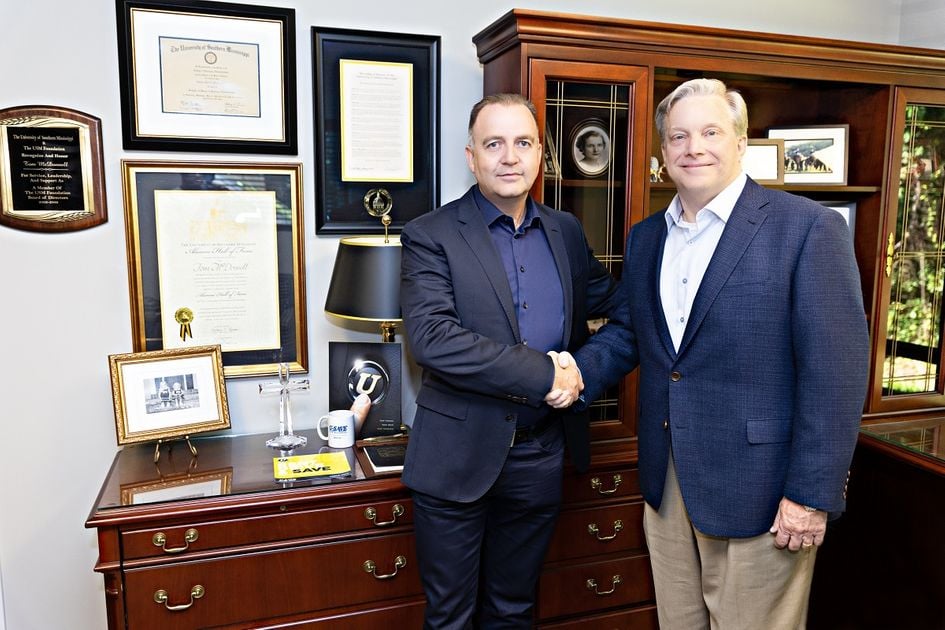 Green Motion acquires U-Save Car & Truck Rental, and the plate tectonics in car rental are changing yet again. No one should ever think that the car rental market has finished consolidating. But this one, who knew?

At first glance, the merger seems like a strange cultural adjustment. Both are family car rental brands that operate exclusively on a franchise basis, although their models diverge from there.

Founded in 1979 and based in Jackson, Mississippi, the U-Save brand is known for economy car rentals in neighborhood markets across the United States, with select locations servicing airports. The franchise network has a small overseas footprint.

Green Motion started in the UK in 2007 with a mandate to be the lowest carbon car rental company in the markets it serves. The company operates approximately 550 rental locations in 60 locations around the world, including 14 in the United States. Green Motion mainly serves leisure airport traffic, but has a presence in some local markets.

Richard Lowden, Founder and CEO of Green Motion, and Tom McDonnell, CEO of U-Save Car & Truck Rental, dig deeper into the sale. They discuss how they plan to respond to a rapidly changing market and how their diversity could be their greatest strength.

The combined company’s number of locations totals 84 in the United States, ranking it sixth in overall revenue (and fifth in locations). Lowden acknowledges the huge revenue gap between the majors (including Sixt and Fox/Europcar) and this new merged company.

However, “It’s still a good achievement for us, and there’s room to grow,” said Lowden, who had just returned to England after meeting the biggest U-Save team in Jackson last week.

The merged company remains a private company and will continue the franchise model. At this time, there are no new logo iterations or branding adjustments to Green Motion or U-Save.

The existing U-Save management team is now part of the Green Motion group and will continue to serve the U-Save franchise network on a day-to-day basis. McDonnell and the management team will remain for at least 12 months, although this period may be extended.

“For our franchisees, they will always see the same faces they’ve seen before,” McDonnell said.

McDonnell retains its separate insurance business that serves U-Save franchisees. As part of the merger, a cooperation agreement will allow Green Motion to also access these insurance services.

Combining other franchise brands has become thorny in the past when it comes to overlapping territories. But that won’t be an issue here, according to Lowden and McDonnell. There are only a handful of markets in which the brands overlap, and in two of them – Orlando and Los Angeles – operators are already co-branded as U-Save and Green Motion.

“These two brands are side by side in these key markets and have thrived, so we know it works,” Lowden said. “Therefore, Tom and I knew we could successfully roll this out to other markets if we wanted to.”

The new corporate entity will look closely to ensure that any co-branding opportunity will not enlarge either brand and expand customer base, customer choice and available fleet.

“We felt that bringing the two companies together in a dual-brand situation would be the best of both worlds,” McDonnell said. “Through broader product offerings, technology and the ability to scale the fleet, this will help our franchisees continue to grow their existing markets.”

Lowden continued, “We have identified 70 airports in the United States that we believe can support both brands together. This will be one of the big pushes. We have a team that will focus on airport expansion in the United States and a neighborhood team focused on developing profitable local stores.

McDonnell appreciates Green Motion’s ability to capture market-by-market demand data to see where expansion makes sense. “When we talk to franchise prospects, we can show them data on a particular market, whether it’s a neighborhood, downtown or airport, and the best way to develop a brand placement strategy in these segments,” he said.

Sharing will go both ways: “We’re going to learn a lot from the U-Save side of airport markets through Green Motion, and we think we can share some things about downtown and neighborhood markets with Green Motion that will result in their system as well,” McDonnell said.

As a leisure brand with inbound business at airports domestically and internationally, Green Motion is connected to all major OTAs such as Expedia and Priceline as well as car rental brokers around the world and many regional actors.

Green Motion will bring these booking channels to U-Save operators if they choose – and at a lower price per transaction. Traditionally, most U-Save operators wouldn’t need OTAs and their high transaction costs, as they directly service local insurance replacement and weekend rental businesses. “But we’ve learned through the pandemic that people are transacting online with these neighborhood locations,” Lowden said.

Additionally, Lowden believes U-Save franchisees — especially co-branded ones — will be ready to open up untapped booking flows. This connectivity, along with the brand’s offering of a lower carbon footprint, would attract new types of local businesses such as local government, military, law enforcement or local businesses – “the company’s hunting ground,” according to Lowden.

There will also be opportunities to bring other new technologies to franchisees. This includes contactless rentals, which Green Motion has instituted and increased during the pandemic.

While many see contactless as an airport game, there are other opportunities in local markets that U-Save operators can tap into. McDonnell gives the example of a fixed base operation (FBO) at a local airport in which four or five vehicles could be remotely managed and accessed by pilots and aircraft owners.

Lowden appreciates U-Save’s “boots in the field” when it comes to fleet operations in local markets, and that expertise will remain in place. Overall, Green Motion plans to leverage its global buying power in ways that help U-Save operators access more volume discounts and more automakers.

This new flexibility should help U-Save and Green Motion operators respond to changing market conditions. Lowden is bracing for further easing of car rental rates, and headwinds from the recession would make it harder for a smaller operator to gain access to the fleet.

“We’ve positioned our model to guide us over the next two to three years where you’ll see lower rates and tougher conditions,” Lowden said. “We are well positioned for the next stage of market transition.”

While U-Save’s traditional neighborhood markets may not be ready for electrification now, Green Motion’s growing operational prowess with electric vehicles will ultimately benefit smaller markets, the two say. Green Motion would start by renting EVs at major airports and then permeate a community’s EV rental community as they are able to build their charging infrastructure.

“We’re all looking in a murky crystal ball at how electrification will evolve over the next few years,” McDonnell said. “But I could see a scenario where the EV fleet would start in Green Motion airport operations and then move into U-Save neighborhood operations. This cascading effect, I think, works very well.

Although this is the first leg of the journey, the existing base is a good place to build, Lowden and McDonnell said.

With 14 locations in the US right now, organic expansion wasn’t the fast track. “If we continue at this pace, I don’t think we’ll make any significant gains (in the United States) in my lifetime,” Lowden said.

“By connecting the two companies together, you have a great American brand in U-Save and fantastic technology from Green Motion, which will enable the rapid growth of U-Save in airports as well as in neighborhoods,” Lowden said.