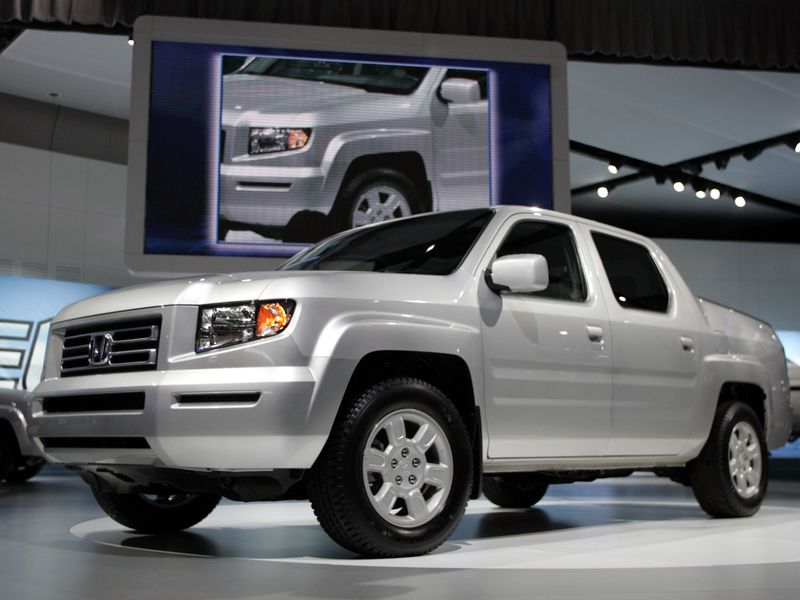 Honda in 2005 launched into pickup trucks with Ridgeline

Light trucks – crossovers, SUVs and pickup trucks – were really what was needed in the late 1990s and early 2000s.

Honda Motor Co., which gained ground in the 1970s with small cars, had gradually expanded its range with crossovers and minivans.

A traditional pickup was the only major hole in the brand’s lineup.

Yet for years pickup trucks were low on Honda’s priority list; they were not considered extensions of the family car.

Before they seriously thought about pickup trucks, the company needed a credible minivan, the Odyssey, and then entered the fast-growing SUV segment, with the compact Honda CR-V and the bigger Honda Pilot and Acura MDX. Then, enough factory space had to be built to meet demand.

But in 2001, keen to keep Honda buyers from drifting to another brand, development began when a team of engineers began experimenting with Honda’s first development mule, an extended version of an Acura crossover. First generation MDX. A competing collector box has been integrated into the rear structure.

After four years of development, the final design was revealed to the public as the Honda Sport Utility Truck Concept at the 2004 North American International Auto Show. Later in 2004, Honda unveiled a version. revised the pickup concept at the Specialty Equipment Market Association Show and shared the vehicle’s official name – the Ridgeline.