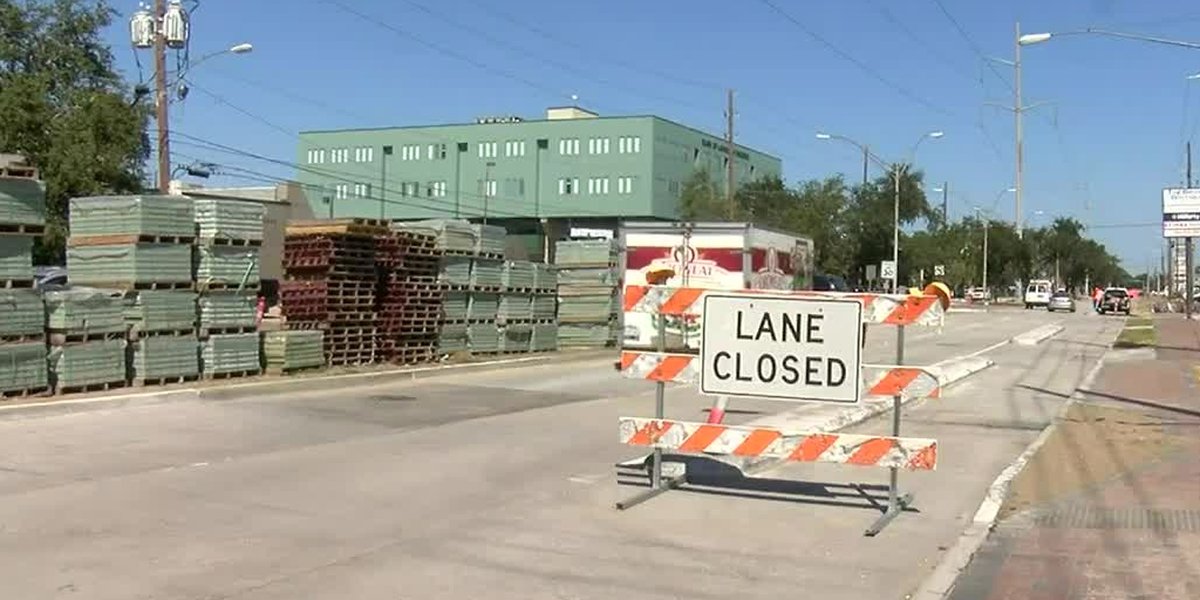 NEW ORLEANS (WVUE) — Jefferson Parish has millions of dollars in infrastructure projects underway and some work that has impacted drivers and businesses is set to wrap soon.

Mark Drewes is the director of the public works department at Jefferson Parish.

“Right now we’re in the middle of our highway bond program that voters passed in 2016, so as of today we have 19 major highway and drainage projects under construction,” Drewes said.

And some major arteries are getting a makeover.

“We are rehabilitating the Airline Drive roadway overpass,” Drewes said.

Severn Avenue, which runs alongside Lakeside Mall, has been under construction for a few years.

“Basically redoing the Severn Hallway from veterans to the West Esplanade,” Drewes said.

Work is also underway in the Elmwood area of ​​Jefferson.

“We just launched Citrus just a few weeks ago. We’re going to do Citrus again basically from Dickory up to Elmwood Parkway, it’s another road link project. Basically, it should be done within a year,” Drewes said.

But road works are impacting some businesses.

“It’s been at least a few years. I’m sure once they do that they’ll be fine, but it’s definitely impacting businesses here. If my customers can’t get in and out of the shop, they won’t come here,” said John Selph of Complete Auto Repair on David Drive.

He thinks the road works have kept some customers away.

“They finally put the curbs in place, which washed out part of our driveway when they widened the street. When that’s done, I guess it’ll be easier for people to switch, but as it is right now, it’s definitely impacting our business, probably 30%, 40%, at least,” said Selph.

Drewes says they are aware of the downsides to drivers and businesses.

“We understand the inconveniences and we try to do everything we can to work with the companies, but if the parish is to remain economically viable and if we want to have the quality of life that we need, we must replace our infrastructures, that whether it’s our underground utilities or our roads,” he said.

Infrastructure improvements are not limited to the east side of Jefferson Parish. There are works in progress, on the west bank of the parish.

“On Manhattan, we are expanding Manhattan north from 9th Street to Gretna Boulevard. We are completing a project on Ames Boulevard on the West Bank,” Drewes said.

And he said the end is in sight for some of the major infrastructure works in the parish.

He says that, like some other local governments, Jefferson Parish has dealt with the effects of the pandemic, inflation and labor shortages.

See a spelling or grammatical error in our story? Click here to report it. Please include the title.