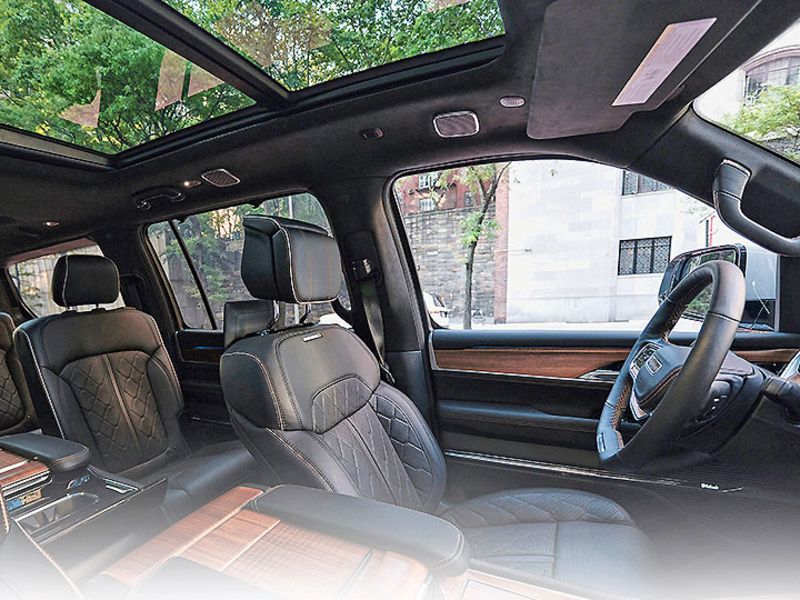 NEW YORK – After a foray into the countryside to test the off-road prowess of the Jeep Wagoneer, I was on a freeway to Manhattan in its more posh counterpart, the Grand Wagoneer.

The massaging seats were working hard, the McIntosh audio system howled, and the tri-fold sunroof let in plenty of natural light into the expansive interior as I maneuvered through a construction area that temporarily reduced traffic to one lane.

The heavy Grand Wagoneer, with a smooth ride that belied its size, resembled a rolling living room. And he happened to be driving himself.

My hands were on the wheel, but the Active Driver Assistance Technology did all the work. The vehicle has level 2 automation that combines lane centering with adaptive cruise control. The system, which uses sensors, radars and cameras, “dictates the appropriate roads for the technology” on which to engage, Jeep says.

The vehicle was traveling at 55 mph and skillfully slowed down on its own to keep up with the flow of cars ahead.

The episode reminded me of a conversation with Jeep North America vice president Jim Morrison, who was by my side earlier today.

Morrison didn’t think he would ever want to relinquish control of the vehicle, but he became addicted to assistive technology after a recent trip to Kentucky.