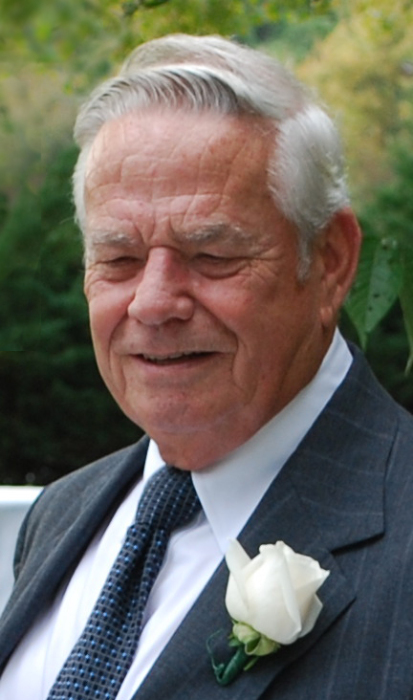 He was the beloved husband of Elizabeth A. (MacInnis) Edwards, to whom he was married for 59 years.

Rick was born and raised in Newton and was the son of the late Norman C. and Grace (Kneeland) Edwards.

Besides Betty, he leaves behind their four children, Maryellen Carew of Westborough, Laurel Kelly and her husband Tim, Rick and his wife Paula, Brian and his wife Judy, all of Natick, and was the father of the late Holly Edwards. He also leaves behind his beloved grandchildren, Holly, Ryan and Kathryn Carew, Timmy, Liam and Shane Kelly, Colin, Paige and Alex Edwards, and Alison and Emily Edwards, as well as a sister, Nancy Hicks of Santa Rosa, in California.

Rick was a proud Air Force veteran who served in the Korean War and was stationed in Korea, Japan and France during his military service.

He was a talented and respected auto mechanic and owned and operated West Natick Citgo and West Natick Auto Repair.

In his youth he enjoyed sailing and fishing, and was also an avid reader and history buff who enjoyed listening to music and spending time with his family.

The biggest decision Rick ever made (besides marrying Betty) was to buy a summer home in West Dennis on Cape Cod. There, he and Betty spent the best days of their lives enjoying the summer breeze and the sun. Rick could often be found sitting on the deck with his friends and family, beer in hand, and one – or all – of his grandchildren running in and out of the house or sitting down to talk to their grandchildren. dad.

Parents and friends are invited to attend a funeral mass on Tuesday July 6 at 10:30 am at St. Linus Church, 119 Hartford Street in Natick.

Visiting hours are Monday, July 5 from 4 to 8 p.m. at John Everett and Sons Funeral Home, 4 Park Street in Natick.

For directions and the guestbook, please visit www.everettfuneral.com