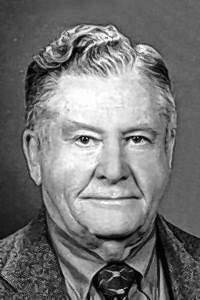 Paul Edward Riha, 92, from Vining, died on Saturday, November 27, 2021 at Sunny Hill Care Center in Tama, surrounded by his family. A Christian funeral mass will be held at 10:30 am on Friday, December 3 at St. Patrick’s Catholic Church in Tama with Father Michael McAndrew and Deacon Stan Upah officiating. Interment will follow at St. Mary’s Cemetery in rural Vining with military honors. Visitations will be held from 5 p.m. to 7 p.m. on Thursday, December 2 at the Kruse-Phillips Funeral Home in Tama with a vigil at 7 p.m.

Paul was born May 5, 1929 in Vining, Iowa, the son of John Vencil and Adele L. (Krueger) Riha. He graduated as a valedictorian from Belle Plaine High School in 1947. Paul served his country in the United States Army during the Korean War from 1951 to 1953.

On May 10, 1955, he married Frances “Luree” Carney at St. Bernard Catholic Church in Millersburg, Iowa. Paul grew up with an interest in the family business, completed various Ford class training and business school before becoming the Ford dealership owner and operating Riha Auto Sales in Vining as a third generation.

Paul was a member of St. Patrick’s Catholic Church in Tama, where he was active with the Catholic Foresters and Catholic Workman. He was also a member of the Belle Plaine American Legion. Paul was an automobile enthusiast, with a passionate pleasure in cars, especially Ford models. Paul enjoyed collecting and reading automotive magazines, attending auto shows, and sharing his knowledge of this long-standing interest in many conversations. He could tell you the year of any Ford model driven by him or while on a trip. Paul also enjoyed playing cards and traveling with the whole family on family vacations. He loved to go dancing every weekend with Luree in the surrounding communities, and their favorite was Armar Ballroom, where they first met. Paul and Luree passed on this love of dance to their children and grandchildren.

A commemorative fund will be created.