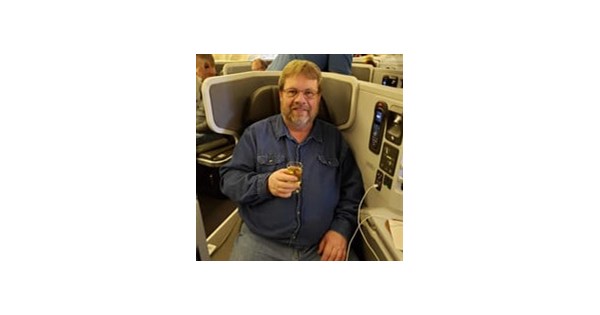 Stephen Alton “Sam” McDaniel, 56, of McPherson, KS, died at 10:55 p.m. Friday, January 14, 2022 at McPherson Hospital, McPherson County.
Stephen was born in Roanoke, Virginia on December 26, 1965, the son of Lucille Grace (Hamstead) McDaniel, of St. John, Kansas and Alton Leigh McDaniel.
Sam grew up in the Brethren Church where his father was a pastor. He attended schools in Staunton, Virginia and graduated from Quinter High School, Quinter, Kansas in 1984. McPherson College’s automotive restoration program is what brought Sam to McPherson where he only attended the program only for a year, but it set in stone his lifelong love for cars and all things mechanical.
After college, Sam worked as a mechanic at the K-mart Auto Shop where he and Malea met. In 1990 when K-mart closed, his career path took him to Keystone Railway where he was a robotic welding technician for a few years before starting his career at Sanofi around 1993. Sanofi became Abbott Laboratories and Hospira and we now known as Pfizer. He will spend the next 25 years there before leaving in 2020. He was currently working for the McPherson YMCA
Stephen Alton “Sam” McDaniel married Malea Kubin Studer on October 11, 1987. The young couple established their first home together on an 1880s Victorian farmhouse north of McPherson. Sam adopted Malea’s son, Michael, and the couple were blessed with a daughter, Amanda. They were married for 17 years before divorcing.
Sam was a born mechanic, who held it from the maternal side of the family, and could fix just about anything, from cars to clocks to pinball machines to multi-million dollar pharmaceutical equipment. But that wasn’t his only natural talent. Sam was also an excellent carpenter and renovator. Sam had an old soul and had an eye and love for anything that still had life. The 1880s Victorian farmhouse that he and Malea bought is where many projects and a lot of labor went into restoring this beauty and building his shop which showcased all of its interests and hobbies. One of Sam’s proudest moments was when he became a pilot and bought his own personal plane. These were some of the best times of his life. He and another pilot friend actually went solo to Osh Kosh to watch one of the biggest annual flying events. It was the dream of a lifetime that he realized. Another great adventure was transforming an old postal jeep into an ice cream truck. Although it was a short-lived hobby, he was very happy to see excited and happy children waving $1.00 bills to him. You may have seen it ride or at McPherson events. He called it Polar Pete’s Frozen Treats.
He is survived by his children, Michael McDaniel and family, of Concordia, Missouri and Amanda Moors and family, of Louisburg, Kansas; his mother, Lucille McDaniel, of St. John, Kansas; his sisters, Rebecca McDaniel, of St. John, Kansas, Joy Rowe and her husband Bob, of Milford, Delaware, and Leigh Roberts and her husband Jay, of St. John, Kansas. He is also survived by three grandchildren; other relatives and a host of friends.
Sam was predeceased by his father, Alton McDaniel.
A celebration of life comes and goes will take place at a later date and will be announced later.
In lieu of flowers, memorial contributions may be made to the McPherson County Humane Society or the McPherson College Restoration Program and may be sent to the care of Glidden-Ediger Funeral Home; 222 Euclid Street West; McPherson, Kansas 67460.