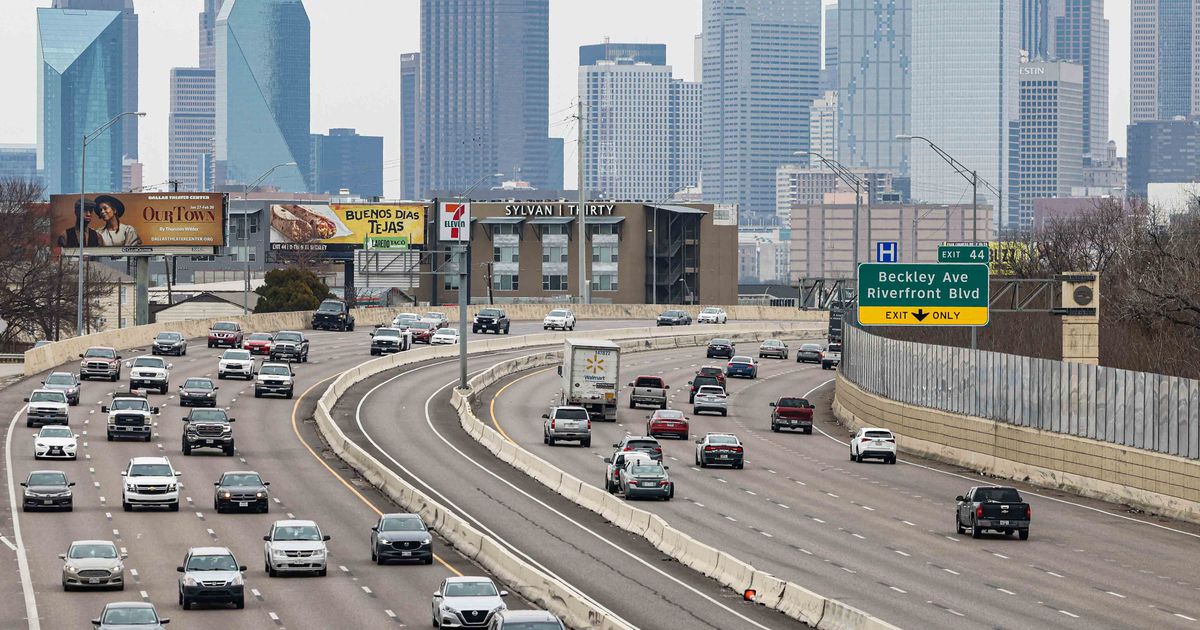 If you’re a Texas driver insured by one of the largest insurers, chances are your bills will go up this year.

Insurance companies plan to raise rates in 2022, and some companies are raising rates by more than 20% on average across the state, according to notices filed with the Texas Department of Insurance, which regulates insurers operating in the state. the state.

Insurance companies are required to notify TDI when they change rates and detail how the changes are expected to affect consumers on average statewide.

The provider lowered its car insurance rates by 12.4% in the summer of 2020, when pandemic restrictions meant many people were driving less. Rates have risen 4.3% since then, according to documents filed with the Texas Department of Insurance.

“We continuously monitor and adjust to trends to ensure that we accurately match price to risk. Our approach is to make incremental adjustments based on driving behaviors to help minimize the impact on customers,” spokeswoman Roszell Gadson said in a statement.

Nationwide will increase its rates by 2% in May, according to a filing with TDI. This is the company’s first rate increase in Texas since the pandemic began in 2020.

Insurers typically adjust rates slowly in response to market conditions, according to TDI. But other companies are planning bigger increases or have already implemented them. Root Insurance and Redpoint Insurance have both filed for rate increases of 20% or more.

Allstate raised its rates by 12% in February. Geico raises rates by 9.2%. And Progressive is raising rates by an average of 15% statewide in 2022 — the company’s largest auto insurance rate hike in the state in the past decade.

What is driving the increase in premiums?

The pandemic continues to impact most aspects of our financial lives – and car insurance is no different.

When fewer people were driving on the road in 2020, insurance companies lowered their rates and refunded or credited more than $14 billion to consumers.

But this year, traffic levels are approaching pre-pandemic levels, collisions are becoming more frequent and the rising cost of everything from gas to labor is putting pressure on insurers.

In February, for example, Allstate told investors it would continue to raise auto insurance rates through 2022 to offset increased losses.

Replacing a car is more expensive these days as the cost of new and used vehicles has skyrocketed due to the shortage of semiconductor chips. New car prices rose 12.4% year over year in February, and used vehicles rose 41.2%, according to data from the US Bureau of Labor Statistics.

When a vehicle is damaged and requires repairs, the cost of the rental car for that customer is also higher.

The price of renting a car in the United States reaches records at the end of 2021, and the salaries of automotive technicians are also increasing due to a shortage skilled labor required.

And when a driver is injured in an accident, medical costs have also increased over the past year.

How to pay less?

Texas drivers are legally required to insure their vehicles, so premium increases are felt universally.

The Texas Department of Insurance can order insurance companies to refund money to consumers if it determines that a rate change is excessive or “likely to produce an unreasonably high long-term profit relative to coverage.” insurance provided”. The department did not disapprove of any rate changes in 2020, the last year for which it reported on its rate review process.

There are several ways drivers can try to save money on their insurance.

On the one hand, TDI stresses that it’s important for drivers to shop around for the best rates. Often the best chance for a consumer to save a few dollars on their insurance bill is to find a new provider. the Insurance Information Institute recommends obtaining at least three quotes from suppliers.

If you drive less this year than in previous years, the Insurance Council of Texas recommends calling your provider and updating the average mileage you drive, which can lower your rates.

An Allstate spokesperson said The news that even as its rates go up, Texas drivers can save money with usage-based insurance programs like Allstate’s Drivewise and Milewise. Discounts vary from company to company, but some offer discounts for good credit scores, defensive driving lessons, and even student drivers with good grades that consumers can request.

And if consumers think the rates they’re paying are unfair, they can file a complaint with the Texas Department of Insurance. online here.

Mitsubishi prepares for the launch of the Outlander PHEV