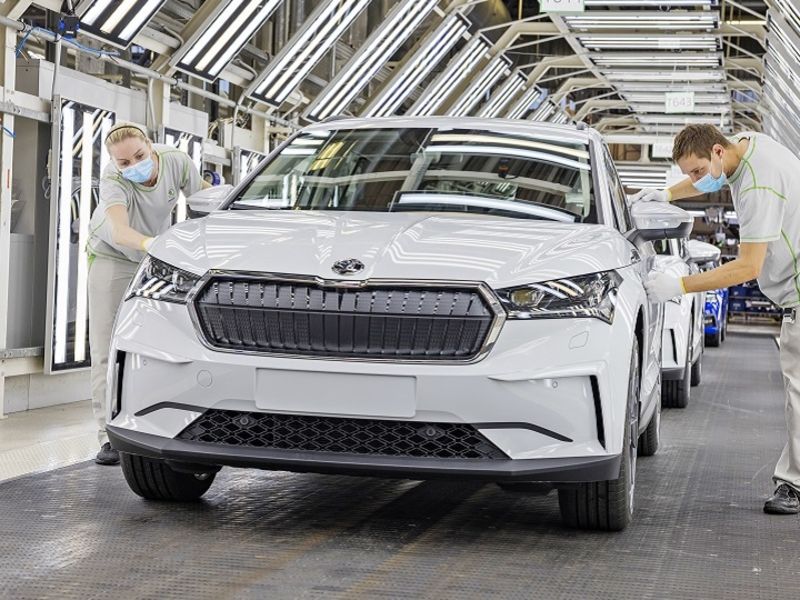 PRAGUE – The Volkswagen Group will decide next year on the location of a battery cell factory in Eastern Europe, the automaker said.

Earlier this year, VW announced its intention to build six battery cell factories across Europe by 2030 with a total annual production capacity of 240 gigawatt hours to secure supply to its electric vehicles.

The Czech Republic, Slovakia, Poland and Hungary are vying for one of the factories, which is slated to open in 2027.

VW said it plans to decide on the location of the plant in the first half of next year. The automaker said it did not delay the decision after Czech Industry Minister Karel Havlicek on Monday said his government expected a decision by the end of the year.

“As you know, what needs to be taken into account for this decision are the respective conditions of the country, the economic environment, the electric mobility strategy and the framework of the subsidies”, said a spokesperson for VW .

VW Group CEO Herbert Diess and Thomas Schmall, the automaker’s chief technology officer, traveled to the Czech Republic on Monday for an exchange with the group’s Skoda unit as well as on the country’s electrification strategy.

Skoda CEO Thomas Schaefer said the Czech Republic, the brand’s home country, would be an ideal location for “at least one” of the battery cell factories.

VW’s Seat unit has also made a strong plea for a battery cell factory to be built near its plant in Martorell, Spain.

VW has already chosen Germany and Sweden for the first two battery cell factories. The third will be in France, Spain or Portugal and will open by 2026, Schmall said at VW’s Power Day in March.

Automobile production increased by 8% and exports by 9%