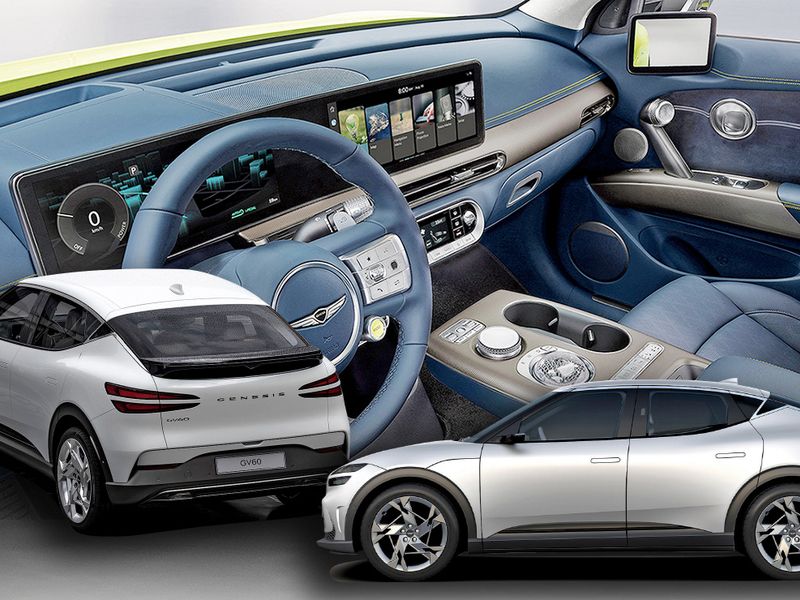 Will the Genesis GV60 stand out among electric vehicles?

The brand’s combustion engine vehicles have been well received, especially the GV70 and GV80 crossovers that arrived in the United States in the past year. But SangYup Lee, director of the Hyundai Global Design Center, said in a recent video presentation that the switch to EV technology requires a new design aesthetic.

Without the stylistic limitations of an internal combustion vehicle, with its heavy engine and cooling requirements, the GV60 breaks some of the old rules.

When Brauer took a close look at the GV60 at a Genesis event, he expected some of the design weirdness that has marked recent EVs from mainstream automakers as they attempted to mix up the old and new. But he left surprised by the Korean crossover.

“I walked in thinking it would be some kind of weird looking EV,” Brauer said. But, he said, “walking around in person and really just studying the design elements, I loved it as soon as I saw it.”

Genesis has changed some of its existing design features, which are only a few years old anyway. They include the ‘two-line’ theme for exterior lighting, the geometric ridge grid that now sits lower in the front, and an interior emphasis on minimalism without completely erasing buttons and physical knobs.

An interior element inspired by electric vehicles is the Crystal Sphere shift knob. When the GV60 is turned off, the sphere is visible as a rounded object with interior lighting. When the car is turned on, it spins to reveal a sculpted rotary shifter. As well as being a unique design element, Genesis said it served as a safety feature in a vehicle without an audible engine at rest.